According to Cherokee County, Alabama Sheriff Jeff Shaver, Cherokee County investigators were involved in a brief pursuit on County Road 103 on Lookout Mountain on Thursday morning that resulted in the arrest of John Christopher Shea Hunter, 38 of Valley Head.

Hunter, who was driving a 2003 Kawasaki, refused to stop and then wrecked in the Cloudland Community after colliding with a 2020 Chevrolet being driven by a Cherokee County Investigator. After the wreck, the suspect was being transported to the hospital in Fort Payne when he jumped out of an ambulance. 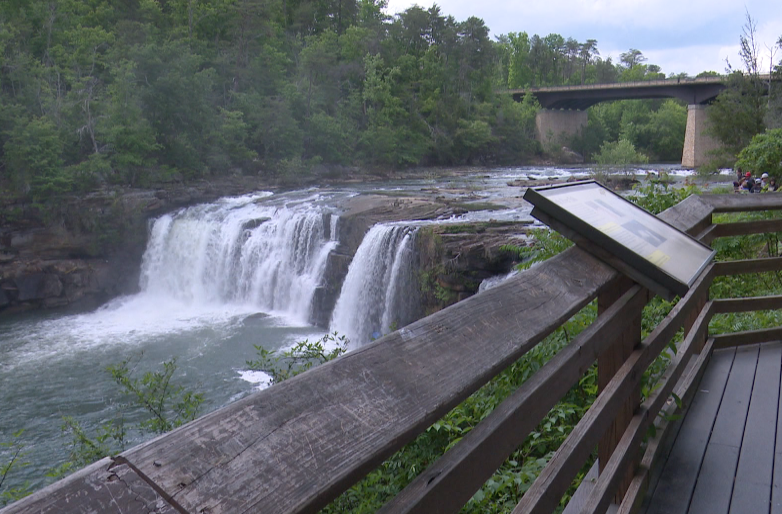 If you’ve been eager to explore the Little River Canyon National Preserve, the park is offering free programs on Fridays and Saturdays in March.

All events other than the hike last 30 minutes; the hike lasts one hour and participants need to bring water and sturdy, closed-toed shoes.

A multi acre control burn will be preformed off Farmersville Rd today in the Gore community. Please note that the smoke may be visible for several miles and all required containment systems are in place and being closely monitored.

Here is the latest arrest report from the Chattooga County Sheriff’s Office for Saturday, March 6, 2021:

Last week Chattooga County Sheriff Deputies responded to a call of theft by way of not making payments at a local business.
On February 24th Deputies met with Lorraine Roberts,  who is a employee at The Furniture Shoppe at 10118 Commerce St in reference to someone not making payments on items. Mrs. Roberts advised that on October 2nd, 2020,  a woman bought a Serta firm twin mattress valued at $179, a Serta twin box spring valued at $90, and a Frigidaire chest freezer valued at $440.
Roberts stated that other than the down payments of $50 on October 2nd, 2020 the woman has not made any more payments toward the items.  Roberts said that woman had sold the freezer to some neighbors on Bearden Hill, and that the woman told the neighbors it was paid off and sold it for $300.
After speaking with Mrs. Roberts it was determined that she was already advised by other Deputies of magistrate procedures in regards to this incident. This case is still active.

A Trion resident has reported her dog as stolen late last week to Chattooga County Deputies.

Ashley Leitner called in on February 25th and reported that her dog, a black chihuahua had been missing since the previous day. According to Leitner she had been having a disagreement with a neighbor, identified as Barbara Brock, regarding some items. Another neighbor stated that they had seen Brock earlier in the day with the dog, but was unable to say if Brock left with the dog or not.

Leitner was advised of a warrant procedure through the magistrates office. This case is still active. 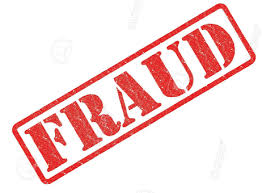 On March 1st Chattooga County Deputies responded to a complainant regarding a potential case of fraud.

Deputies received a call to respond to the Sheriffs office as an individual was there wanting to report a case of fraud.

The complainant, Richard Welles told officers that he had contacted and hired an individual named JaDaveon Alonzo to do some work for him. Welles found Alonzo over the internet and had wired Alonzo 2 separate transactions totaling over $500 to his bank account. The work has not been completed and now Alonzo will no longer contact Welles and refuses to return the money.

A report has been made of this incident.

Crappie USA celebrates its 25th Anniversary of providing competitive fishing to crappie anglers in 2021. Anglers will travel from across the country to join the competition on Weiss Lake at Centre, AL for the March 20, 2021 event.

Presented by Bass Pro Shops/Cabela’s, 2021 anglers will be vying for a guaranteed $10,000 payout for one-day events and $20,000 for two-day events. The three two-day events are rescheduled from 2020 because of COVID-19 and will be phased out when completed.

Anglers fishing the event will be testing their crappie fishing skills against other anglers and whatever Mother Nature has in store. This event is a Region 1 qualifier in the new CUSA regional competition.

Alabama’s Weiss Lake is on the Coosa River in northeastern Alabama. The 30,200-acre lake is owned and operated by the Alabama Power Company. Fed by the Coosa River, Chattooga River, and Little River, it offers over 447 miles of shoreline and shallow flats, large coves, under-water drop offs and deep channels. It is well known for a good population of crappie including an occasional black nose.

The lake lends itself to various styles of fishing. So, whether you like to long line, push, or vertical jig you will catch fish on Weiss.

Teams may consist of one or two anglers, with a third member allowed if the angler is under the age of 16 years old. Early registration can be accomplished on the CUSA website at https://www.crappieusa.com/Tournament_Registration.cfm. Teams may also enter by calling (502) 384-5924 or by entering at the mandatory pre-tournament seminar on the night before the tournament begins. Entry fees vary by length of tournament. All fees are posted on the website linked above. Late entries are subject to a $25.00 late fee.

Participating anglers must be a member of the American Crappie Association (ACA).

Sign up at https://www.crappieusa.com/Membership_Information.cfm where the various levels of membership are available. Each membership will include a subscription to the Crappie Digest, the official publication of Crappie USA, and one of the top crappie fishing publications in the nation.

A high-speed chase starting in Cherokee County on Thursday night, wound up in northwest Georgia with the suspect being taken into custody by Rome Police Officers.  Chief Deputy Josh Summerford informs WEIS Radio News that deputies had responded to a domestic violence call on County Road 16 and when they arrived the male subject, who was later identified as John Whitmire, fled the scene.

That pursuit followed Highway 411 eventually crossing into Floyd County, Georgia – where County Police managed to take Whitmire into custody.  He was transported from the scene to the Floyd County Jail.

A 1993 Toyota truck was stolen overnight out of a driveway on Sunrise Circle in Trion, GA. GA TAG: #BIC1405. Anyone with information regarding the whereabouts of the vehicle or information about the theft, please contact the Trion Police Department or 911. 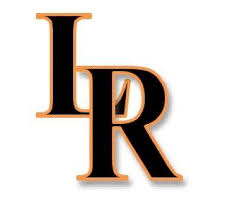 Ramblers Head Football Coach Paul Ellis has resigned, after 3 years at LHS.
Principal Maggie Stultz said “Our best wishes go with Coach Ellis and his family… he will be greatly missed on the Rambler sideline.  We thank him for his leadership of Rambler Football these past three years”.

Here is the latest arrest report from the Chattooga County Sheriff’s Office for Friday, March 5, 2021: 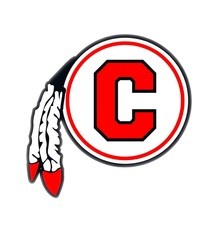 The Chattooga County Board of Education has revised their policy on public comments at monthly board meetings.

The change came about after a change in state law concerning the public’s right to address local government boards and commissions.

BOE Chairman Eddie Eslberry told WZQZ News, “In our February meeting the Chattooga County Board of Education voted unanimously to change policy BCBI: Public Participation on Board Meetings to allow any party, other than board members, request in writing at least 24 hours in advance of the meeting. This change reduces the time required to ask to speak at meetings and follows the passage of Senate Bill 68.”

In the past, the policy had required members of the public to file a request to speak at a meeting days in advance.

A drunk driver missed the road closure signs and cones, plowing into an accident area and nearly hitting several fireman assisting with the accident.

According to The Summerville News, Nicholas Paul Littlejohn, of Rome, somehow missed the signs and drove  into a previous crash that was still being worked. According to Sheriff Schrader he heard some yelling and looked up to see a car heading his way. Several fireman were running after the vehicle. They described the vehicle as narrowly missing them.

A Deputy went to speak with Littlejohn and could smell the alcohol on him. Littlejohn was arrested for driving under the influence, reckless driving, and failure to obey authorized person directing traffic.

A Town of Trion employee drove a forklift into an aeration basin earlier this week at the Trion Wastewater Treatment Plant.  It appeared that the employee was traveling the path across the top before sliding into the basin. No injuries have been reported and the forklift was removed from the basin.

A Summerville woman was arrested twice in less than 24 hours last week, on two separate charges.

According to reports, Kami Stokes was first arrested when a night of drinking turned physical between herself and her father and sister. The second arrest came, when an apparently still intoxicated Stokes, made bail, returned home, and attacked her husband.

According to her husband and complainant, Kelly Stokes, Kami Stokes had went to her family’s house the night prior where she drank alcohol with her father and sister. Upon returning home from work the next morning, Kelly and Kami got into a verbal argument over the prior nights events. At one point in the argument Kami left the house and got in her vehicle but instead of leaving pulled into the yard where she caused damage to the grass and a fire pit.

Kami then physically attacked Kelly, but left when she noticed that Kelly was calling 911. Officers were unable to locate Kami, however she came back to the home on Beavers Rd later and proceeded to break out a front window where she attempted to gain access. Officers were then able to arrest Kami on multiple charges which include Simple Battery Under the Family Violence Act and second degree criminal damage to property.

Georgia’s House Speaker, Mitch Ralston (R-Blue Ridge) is backing a pay-raise for state politicians that would nearly double what they make now.

Lawmaker pay hasn’t changed since 1999, according to the State Compensation Commission. Consumer prices have risen 59% since then, according to federal figures.

The pay hike for the legislators will cost Georgia taxpayers an additional $3.2 million per-year.

The Calhoun Times reported on Thursday that after a year off due to the COVID-19 pandemic, the annual Battle of Resaca reenactment is set to return this spring.

“The reenactment is Georgia’s oldest and largest event dating back to 1984. It draws national visitors to Gordon County each year,” this year’s hosting organization, the Georgia Division Reenactors Association, said in a release.

This year’s reenactment is planned for May 15 and 16, at the usual location on Chitwood Road in Resaca, just off Highway 41 below the Whitfield County line.

Read more from The Calhoun Times

You can also learn more from the reenactment’s website HERE 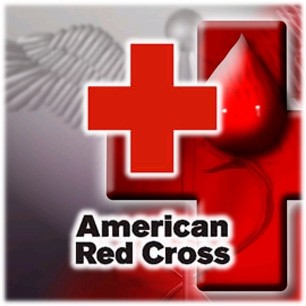 The American Red Cross will be holding a blood drive in honor of Chattooga High School Student Zach Mejia coming up next month.

Zach was a fifteen-year-old Chattooga High School student that died in Lyerly in December of last year.

Here are the details on the upcoming blood drive:

Friday, March 5th is the last day to donate for the community-wide baby shower being hosted by Far Above Rubies Women’s Ministry.

Organizer Glori Boyd said on Thursday, “This community baby shower has really brought us together, and shown how much love Chattooga County has for its residents. These 31 mothers are going to have their socks blessed right off their feet.”

Boyd says that in addition to local residents volunteering to help with the shower, many have donated services, and businesses and churches and individuals have all donated money for the shower.

Boyd says, “It’s about showing others the love of God, loving our neighbors as much and more than we love ourselves.”
Friday is the last day to donate items for the shower.  You can drop off donations at the Chattooga County Tax Commissioner’s Office in Summerville.