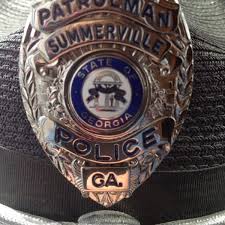 Summerville Police responded to a call at United Community Bank last week concerning a man claiming to be someone he wasn’t.

Employees at the bank told Detective Brian Ozment with the Summerville Police Department that a man claiming to be Don Lanford, II of Cleveland, TN came into the bank and deposited a counterfeit check in the amount of $11,840 into an estate account in the name of Lanford’s father.

The suspect then withdrew $1,840 in cash from the estate account before leaving the bank.

Bank employees then discovered that the suspect had perpetrated the same scheme at United Community Bank branches in Trion and in Murphy, North Carolina.

Summerville Police spoke with the real Don Lanford who told them that he had reported the scam to police in Cleveland, TN and it was then he discovered the suspect had went to the Department of Motor Vehicles in Tennessee and obtained a driver’s license with his name and identity, but with the suspect’s picture.

According to the report from the Summerville Police Department, the suspect has been identified as fifty-one-year-old Wesley Swartout of a Chattanooga, Tennessee address. He was reportedly driving a “clean” silver truck – possibly a Toyota Tundra and had a female passenger with him at the time of the incident at United Community Bank in Summerville.

Swartout was arrested and booked into the Chattooga County Jail on multiple charges.