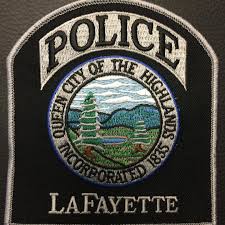 Following a disturbance call to a relative’s apartment, a suspected drug user tried to run from LaFayette Police.

The incident happened this week at Woodland Village apartments on West North Main.  Officers found 53 year old Tony Lewis Ellis cleaning his things out of a relative’s car, when they arrived.  The relative had called 9-1-1 stating she did not want him there.

A pipe was found on his Ellis, before he ran.  The report states that Ellis lost his footing and was quickly taken into custody.

Ellis was charged with possession of a schedule one drug and obstruction of law officers.