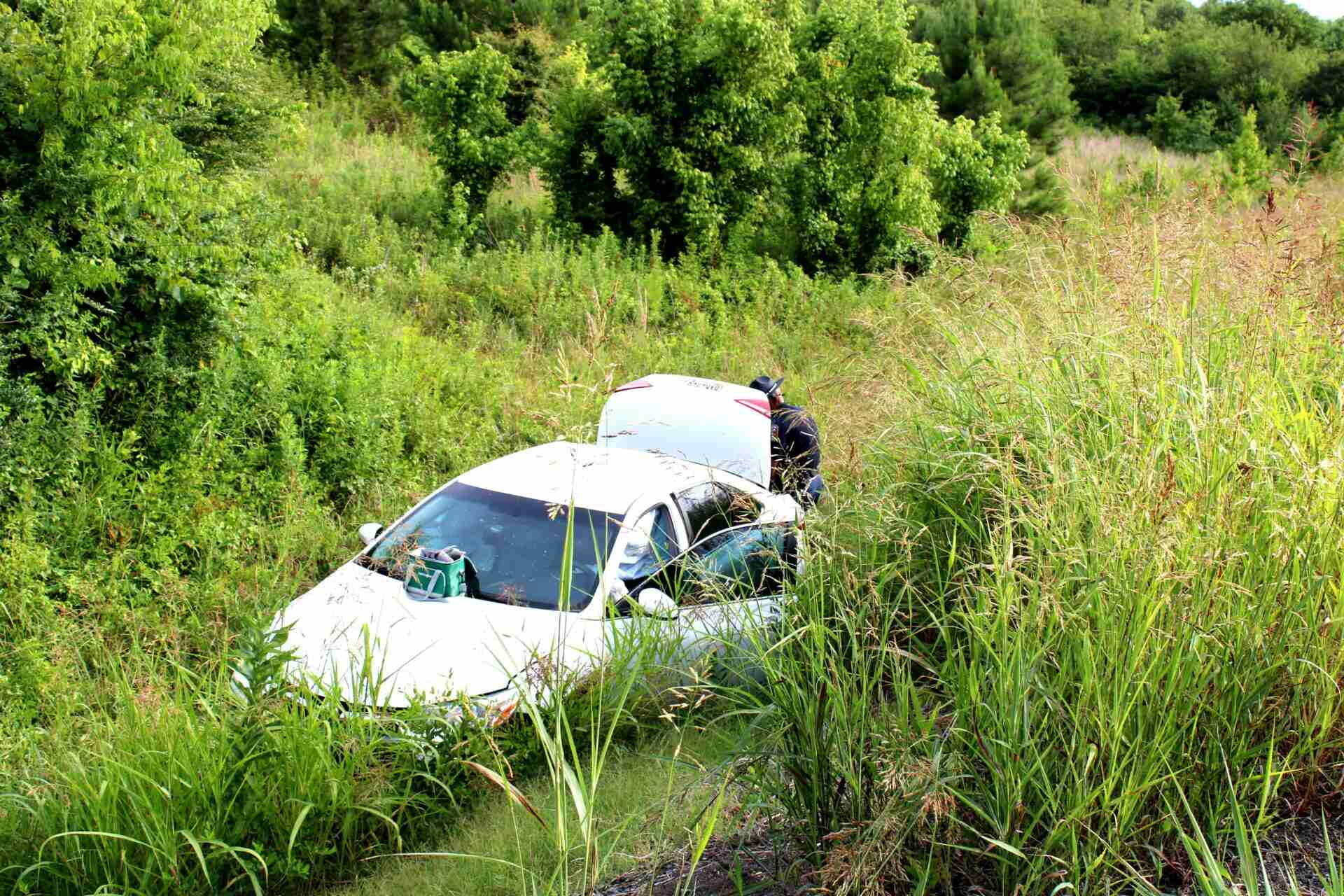 There was a report of a single-vehicle wreck in Cherokee County just prior to 8 AM -Central Time – on Tuesday.  The initial report stated that the vehicle traveled down an embankment on Highway 68 east near County Road 140 toward the Alabama/Georgia line.

Gaylesville Fire & Rescue, along with Gaylesville Fire Department units responded to the scene, and were conducting traffic control around the dangerous curve where the wreck occurred.

While the Alabama State Trooper investigated the accident, we spoke with the driver – a male resident of Georgia – who told us a wild hog ran across the roadway, causing him to lose control and go down a steep embankment.  Fortunately, the car didn’t overturn – although he was trapped inside for a short time due to the impact,  He was shaken up and banged up as a result of the wreck and said he’d probably have a family member carry him to the hospital to be checked out.  Luckily, that car went down the embankment several feet away from a huge concrete abutment, which would likely have caused serious injury.

That wreck remains under investigation by Alabama State Troopers.  Alabama officials do not normally release the names of accident victims.  WEIS Radio said that the driver was from Cartersville, Georgia.