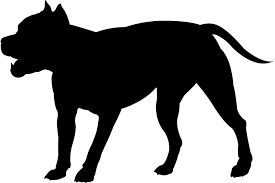 A Summerville man was issued a leash law citation last week after his two dogs escaped and killed at least one cat.

Last Saturday Summerville Police Officers received a call that two dogs, described as Pit bull Dogs, had a cat and appeared to be harming it. Officers arrived and located the dogs, however when Animal Control arrived the dogs had managed to run off.

Sometime later, a second call came into the City Police and stated that the dogs were on Pink Dogwood Circle and had killed a cat there. Animal Control was able to locate the dogs this time, and they were taken to the local animal shelter.

The owner was located and a citation was issued for a leash law violation.

Should eradicate every pit bull in the county. If you own one , you’re never going to be a famous rapper, a sports legend or as cool as an idiot who thinks dr.zuess is racist. I hate to crush your dreams but get you a hound and leash , slack your pants and imagine a blinging grill and high fives all day.

As a pit bull owner that is white and also a metal head. I have to say that the previous comment is a example of pure Idiocracy. ALL DOGS ARE A EXAMPLE OF THERE OWNER. Just like children. If you raise them to be mean they will. If you raise them to be lovers they will be. I will say this once again. It’s not always the dogs fault. It’s the owners. Now do with that what you will. ( no I’m not attacking you.)